There is a bit of worldly empire and God’s Kingdom mixed into almost every human culture and system, including our practice of Christianity!

God’s invitation is to live into a new alternative reality– God’s Kingdom on earth. But worldly empire can be so deeply embedded in our operating systems and structures, we can barely recognize it. It can be obvious when we observe outright abuses of power and oppression of others. But can we recognize empire when it’s more subtle? Or within ourselves? Or even hiding in plain sight? 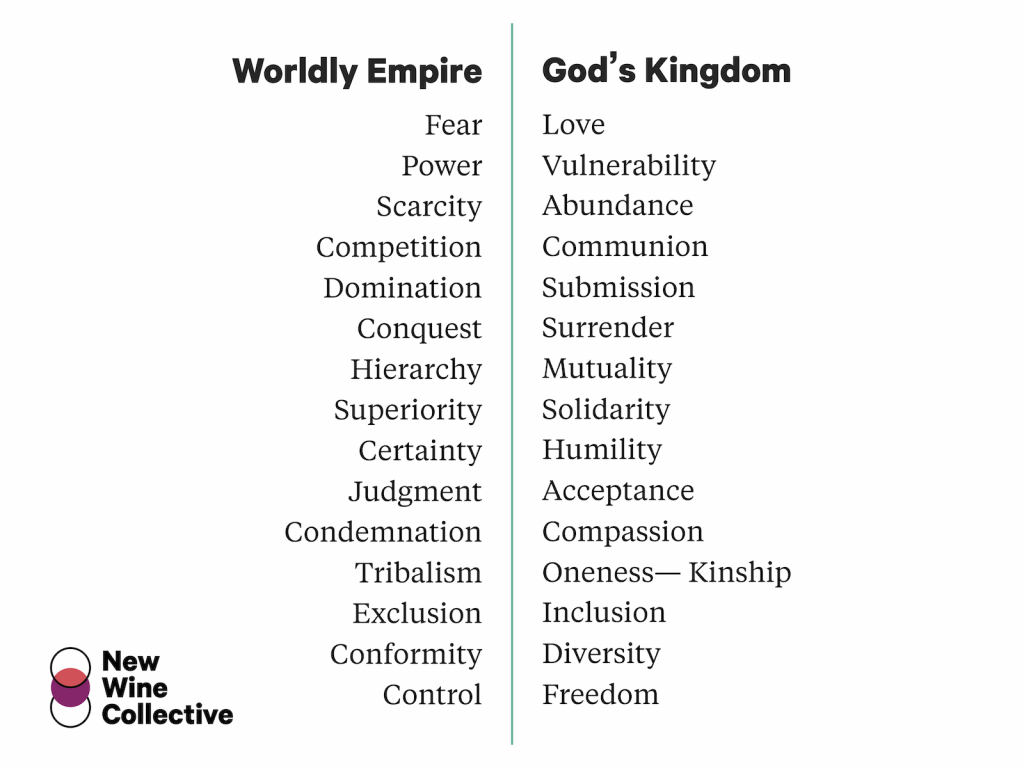 “…Jesus began to preach, “Repent, for the kingdom of heaven has come near.” (Matthew 4:17)

← Our Name & Logo
A Question About Hierarchy In the Church →